Diesel and biodiesel are two carbon-based organic products, extracted from different sources. The former resulting from the cracking process of petroleum / crude oil, while the latter is known to be extracted from animal fats and plant oils. Diesel, although not so common as high-octane petrol these days, it is more adaptable to high-commodity diesel-engine vehicles because of its high energy density. Biodiesel, being the extraction product obtained from plant oils and animal fats, while diesel from the swiftly decreasing non-renewable energy sources present in the earth’s crust, both are limited in terms of availability; biodiesel being far more unavailable than its counterpart at the present moment. The biggest difference among the two is simply that diesel is a depleting, non –renewable source of energy whereas bio-diesel is the exact opposite.

Originally, diesel engines were assembled and regarded as very high-tech and efficient machines when compared to gasoline-based engines. Diesel, because of its dense nature, requires less refining than gasoline, making it a cheaper alternative. As mentioned above, it is commonly-used in larger vehicles such as high-powered trucks and buses etc. Old modeled Off-road SUV’s also used diesel engines but these have been replaced by the high-octane engines in the new factory models.

The downside to diesel is that when compared to other fuels, it induces a much bigger risk to the environment. Also, another major downside is that it is in the process of depletion. However, the incomplete combustion of diesel is responsible for the harmful release of carbon, sulfurous and nitrogenous oxides into the atmosphere. These are the main compounds/gases responsible for most of the problems regarding earth’s atmosphere and the weakening of ozone layer. Presence of such impurities in the atmosphere can lead to what is known as acid rain and other climate disturbances that damage the natural order; the ecosystem. Inhalation can cause headaches, nausea and prolonged exposure may lead to permanent brain-damage or even death. Diesel, being a non-renewable source of energy is now available in fewer quantities as earth’s natural resources are nearly depleted as scientists are trying to find newer and better alternatives.

Biodiesel on the other-hand is a renewable form of energy. When combined with certain alcohols, the fats in the oil create long chains of esters, which make the oil fuel-functioning. Biodiesel can be used in nearly any kind of diesel engine after some insignificant modifications with no risk of any sort of damage to the engine. In addition, biodiesel releases marginal levels of pollutants into the air.

To sum it all up, the non-environment-friendly ‘diesel sources’ are mostly exhausted and it is only a matter of time until they are completely gone. Biodiesel on the other hand is very feasible with no adverse effects on the environment. Since diesel was originally created to improve engine efficiency, its purpose was to waste as less fuel as possible and create as much energy as possible. Although biodiesel has many advantages over diesel in terms of pollution, it requires the diversion of food crops into oil production. In developing nations, some worry that the crop diversion needed to make biodiesel and other biofuels could lead to a decrease in food supply since this particular raw material is needed in a large amount to provide sufficient energy. While neither diesel nor biodiesel seem to hold perfect answer, biodiesel still shows some promise. It can prove to be an important step towards clean, renewable and efficient sources of energy.

You might be interested in our ultrasonic biodiesel reactor, normally used largely for commercial purposes to produce biodiesel in vast quantities.

Petroleum diesel is produced from crude oil by fractional distillation. It mostly is a hydrocarbon with carbon atoms varying in between 8 to 21. On the other hand, biodiesel also has a long hydrocarbon chain but these hydrocarbons come from the chemical processing of vegetable oil. A transesterification process is performed on the oil where the fats are converted into methyl esters. Thus biodiesel has no sulfur content which results in reduced pollution. Whereas, petroleum diesel contains 95% saturated hydrocarbon and 5% aromatic compounds. As there is esterification in the biodiesel production, it contains more oxygen which results in less pollution but effectively results in reduced peak engine power as compared to petroleum diesel.

Summarizing, the major difference between biodiesel and diesel combustion is the presence of ester in biodiesel which helps in complete combustion and reduced pollution. An ideal biodiesel C19 combustion equation looks like: 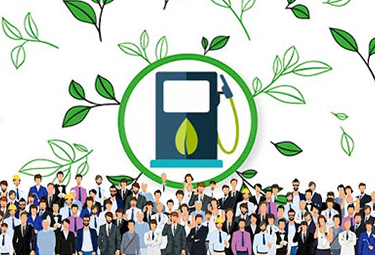 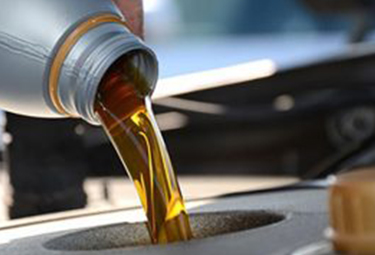 Looking For A Dealership